After Google’s two-time success with holding its Launchpad program in January and June this year, the tech giant is back for a third time. Startups in this batch receive equity-free funding and a week of training at Google’s Launchpad Space in San Francisco, followed by six months of remote training back in their home base, beginning at the end of January next year.

Here are the six Indonesian startups that made it.

(Updated one day later: The form of funding that Google provides is equity free. Also, the six-month period training consists of a week in Google Launchpad’s physical location, followed by a six month remote monitored training period back in startups’ home base.)

Snapcart enables consumers to exchange shopping receipts for cashback. In return, companies get information on consumers’ shopping habits based on the  receipts submitted to the app. 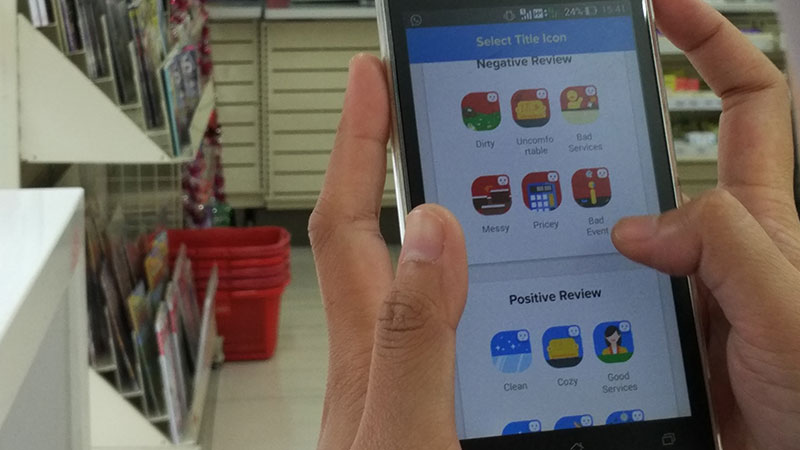 Qlue is an online rating and reporting app for government and private services. Users send their complaints along with photos as evidence, which are then passed on to related service providers as a call to action.

For example, if you wish to complain about the city’s waste-management program for not picking up your trash on weekends, you can submit a review with a photo of your trash on Qlue. The app notifies waste management officials, who will contact you to solve the problem.

The startup announced in May that it received series A funding of over US$1 million from telecommunications company Prasetia Dwidharma, which is part of Indonesian conglomerate Astra Group.

iGrow helps consumers invest in farming crops and monitor it from afar. You can purchase seeds from iGrow and watch as farmers grow and turn your seeds into fresh produce, which is then sold to partner markets. The returns from the produce sold are split equally between you and the farmer.

The startup connects three parts of the farming industry: investors, farmers, and buyers of produce.

In June, iGrow raised a seed round of undisclosed amount from East Ventures and 500 Startups. Jurnal is accounting software for small and medium enterprises. Users can create invoices and receipts, as well as manage assets, inventory, and storage.

Mapan is an online platform that puts a spin on the traditional community raffle meeting in Indonesia, known as arisan. Women and men in an Indonesian neighborhood meet up every month to socialize and put a fixed amount of money in a raffle. The winner walks away with all the money in the raffle.

Mapan takes it a step further by inviting members – typically stay-at-home parents – to trade the money for household items from its catalog. The meeting coordinator gathers all the raffle money to purchase the group’s chosen household item from Mapan and has it delivered to the meeting venue, while the winner of Arisan Mapan (Mapan’s raffle meeting) goes home with the item.

The service is developed by Ruma, a startup that’s using tech to help people in suburban or rural areas connect their purchasing power to buy goods. Ruma is backed by Omidyar Network and other impact funds. PicMix is an Indonesian startup offering photo-editing software. The startup allows users to edit and share photo and video content. It’s currently expanding to Instagram territory: users can upload their pictures for likes and displays on the website.

PicMix received series A funding of US$1 million from Gobi Partners and US$2 million from an undisclosed investor in April 2016.

Originally written by Hana Sambur, published by Tech in Asia on 23 November 2016.