I Watch It, I Buy It

Live shopping trend has started getting popular since the occurrence of Covid-19 outbreak, as an alternative for people when they couldn’t go shop outside their home. According to Coresight, this trend had generated $60 billion in global sales in 2019 [1], and it’s even booming in 2022 [2] even though this pandemic has come to an end according to WHO [3] where people are now free to go anywhere outside their home.

However, how about in Indonesia? Is this new way to shop interesting enough for Indonesian people? To know better about Indonesian consumers’ behavior toward this trend, in October 2022 Snapcart conducted a study about it with 6.756 samples, and here are the results.

From the infographic above, we can see that 83% people in Indonesia have watched live shopping, and majority of them (48%) confessed that they usually watch it at night around 7 pm until 11 pm. And moving with the times, most people are now watching it on e-commerce (57%) and/or social media (33%). Only 10% who still watch it on television.

On the other hand, our survey figured out that among many e-commerce and social media applications, there are top platforms that are being well known for Indonesians to watch live streaming shoping. In social media category, TikTok (69%) is the most popular for Indonesian people to watch it, meanwhile Shopee (93%) is the most popular platform for this trend among other top e-commerce apps.

Furthermore, we also found out that people who often watch live shopping on TikTok are dominated by youngsters (15-24 years old). And the ones who watch it on Instagram are mostly young adults (25-34 years old), while various live streaming shoping on Facebook are mostly watched by people aged 35-47 years old. 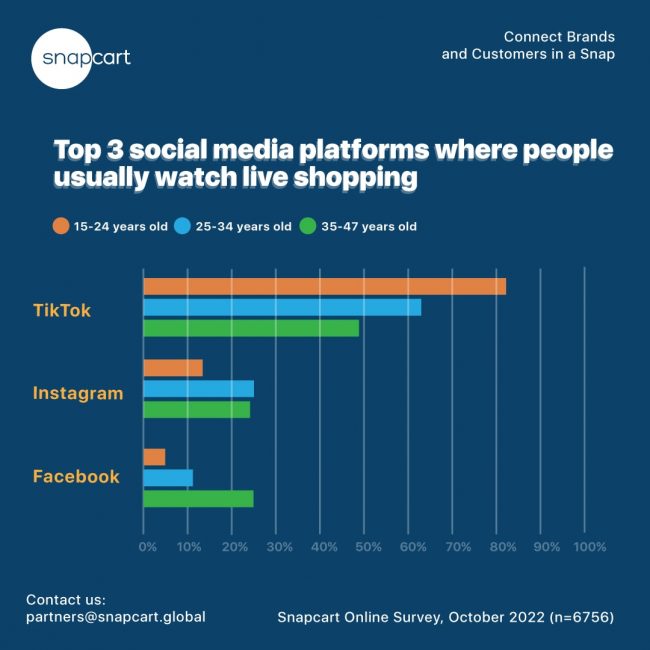 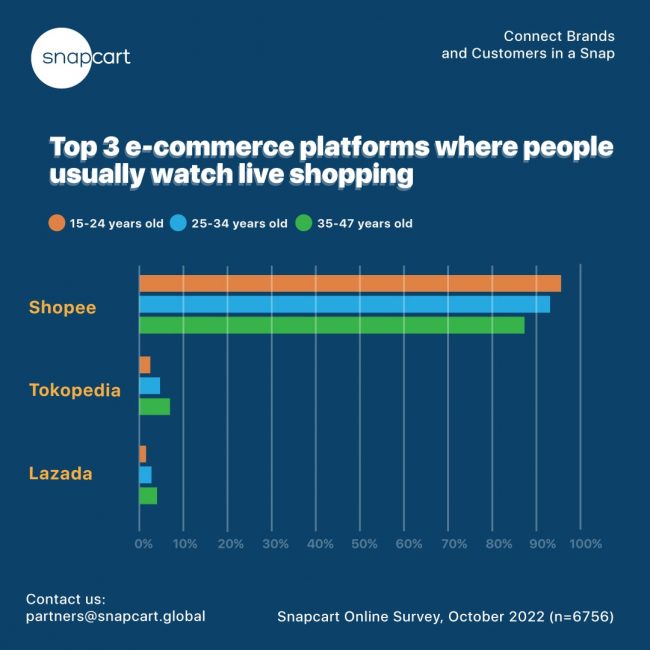 Even though majority of Indonesian people have watched live streaming shopping, but only 61% who have bought an or some items from it. And interestingly, their interest toward the sale items are not the main reason on why they shop on live streaming. It is the attractive discount that interests Indonesians most to buy something from it.

Moreover, among many goods, we also found out that most people in Indonesia love to buy fashion (39%) and beauty (20%) products on live shopping, as shown on the infographic.

Despite the fact that there are 39% people who have watched live shopping but haven’t bought anything from it, but 50% of them confessed that they are interested to shop from it one day, and 43% are still in doubt to do it, which means they are still possible to try this new way of shopping in the future. 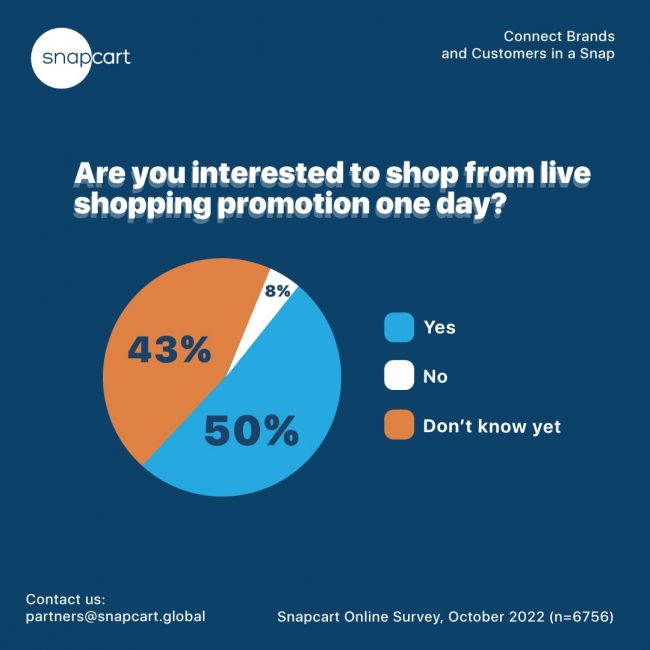 Indonesian Customers’ Plannings and Preparations for the Potential 2023 Recession

Vegetarian and Vegan Lifestyles Among Indonesians